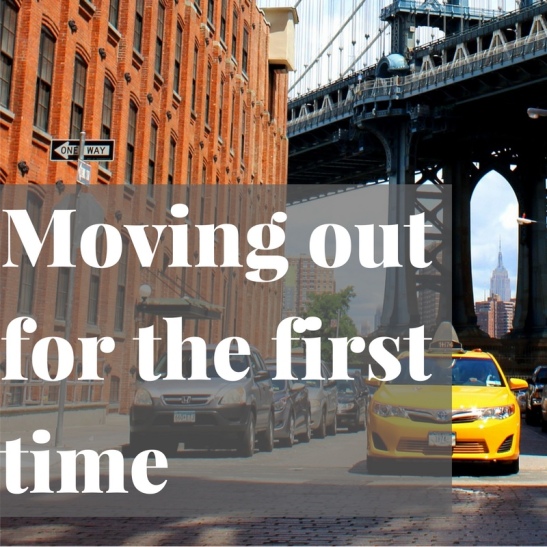 These are some of my mistakes regarding moving out for the first time and thoughts about living on your own. Which means that it does not apply to everyone.

My parents have been divorced since 2001, and I moved out from my mom’s place, when I was 16 and lived permanently with my dad after that. I thought I had tried this before and knew what to expect.

I moved away from everyone I knew, to a town where I did not go to school or had anyone I knew. I lived with my, now ex, boyfriend and the apartment was close to his job, his family and his friends.

So I felt alone. Often. Especially during the first two months.

The first time I moved out, I lived with someone who I was in a relationship with. If it ended, I was screwed.

We lived together for two years, almost to the day. I had no time to find myself, he was always there. I became another person, because he wanted me to be different.

It took some time, but I found myself. It took a lot of courage and planning to move out, before I said anything to him. Because of the distance from him to my parents.

He liked the town his parents lived in and wanted to start his life there.

His mother hated me. I am not joking. She preferred his ex-girlfriend to me and asked about her frequently.

She told me after a vacation we all took, that I had ruined hers, because I did not participate in all the activities. She never asked me, if anything was wrong. I had a depression.

The best thing about mistakes is that you learn from them. In my life this was a big one, and it was really hard to handle. I was lucky. I had amazing friends who helped me, and family that guided me in this strange and emotional situation.

I hope you will learn from this.

Hello there, I’m Birdie and welcome to Colours By Birdie. A Lifestyle Blog for women filled with tips, tricks and strategies to help you make the most of your colourfull life. View more posts